BUY WITH PACK BUY THIS PAGE

High pressure between China and Europe

Before the holiday there is high pressure on all export from the country since pretty much all industries will stop their production for almost a whole month. The transport prices go up since the factories in China want to export the products before they go on leave and the importers want to fill up their stocks. The prices won't go down to it's "normal self" for quite som time after the holiday. In fact, according to Shanghai index the price for import per TEU to Europe were approx. 900 dollar higher just after the New Year 2019 (pigs year) compared to the year before.

Plan your import/export so that you have plenty of room for hick ups and delays. Not only will the production in China be on hold, all carriers will make major changes in their sailing schedules in order to fill their capacity. Usually we recommend you to book your transportation at least two weeks before sailing but during the Chinese New Year it's definitely better to plan at least four weeks ahead.

If you have the possibility to avoid any trade some time before, during and after the Chinese New Year that is of course a good solution to an otherwise unsteady shipping period. The Chinese New Year next year will occur 25th January. Plan your trade lanes soonest possible to make sure you are all set! 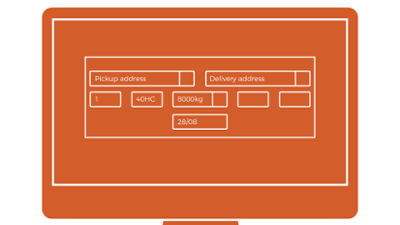 This is where we share updates about what’s happening in the world of transport & logistics, how our journey is progressing and how we plan to support you and your business going forward.

Brexit: are you prepared?

Help is always at hand

With a vision to become the most sought-after, transparent and effective logistics marketplace in the world, Adnavem challenges an old eco-system in favour of the transport buyer. By using Adnavem transport buyers cut cost, save time and gets complete transparency.